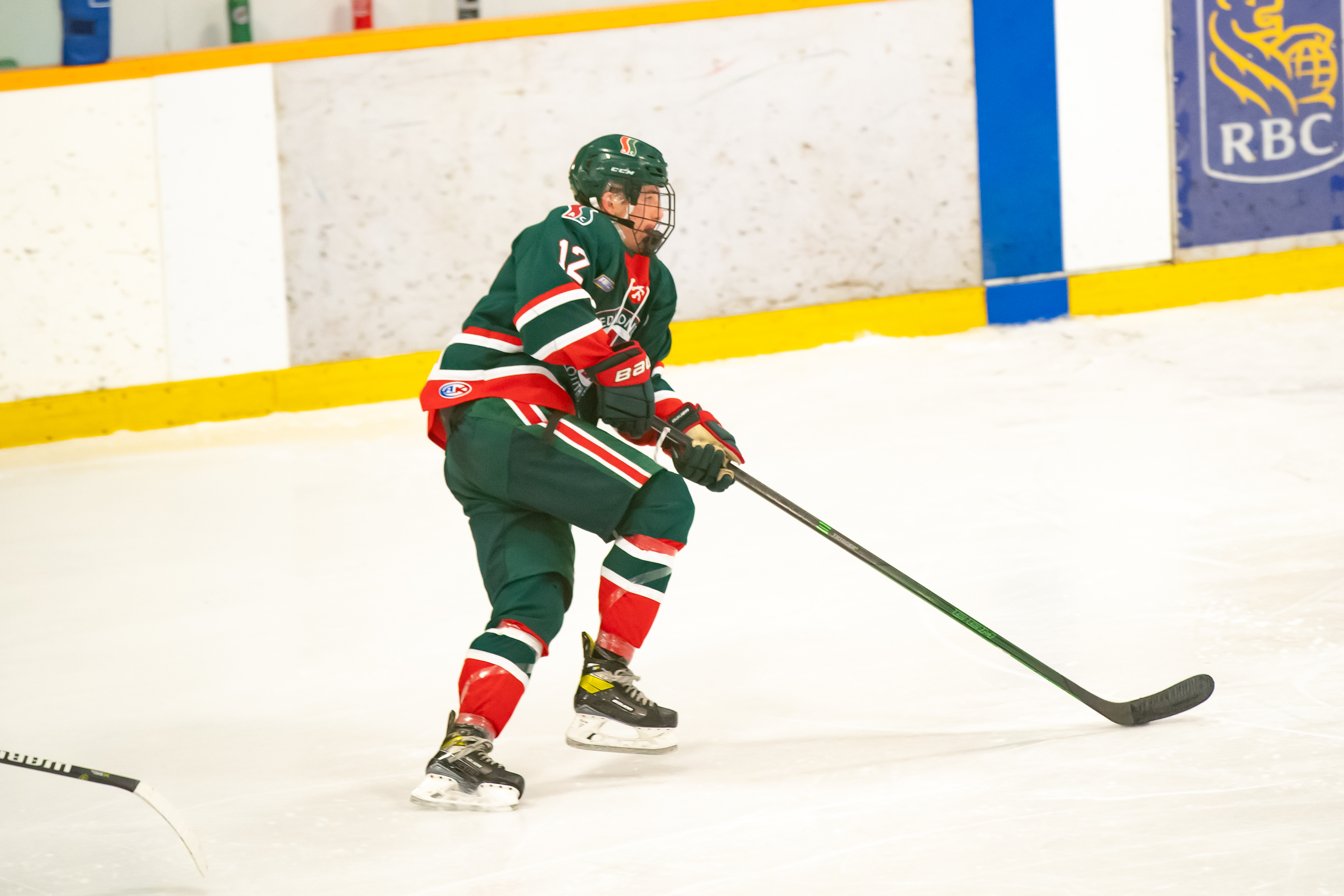 The twin brother to Carter, Zach is a 2005-born forward who is currently playing for the U18AAA program in SSAC. Zach’s skating is a huge strength that he utilizes by pushing the pace of play, and separating himself from defenders.  On top of his Junior level separating speed, he has impressive awareness on the ice and is growing into a dominant power forward, combining good hands with a heavy & precise shot. Always able to read and anticipate plays, Zach brings vision, hockey IQ and playmaking talent to special teams each year. Not only does Zach have the ability to move the puck effectively, but he also prides himself in playing a heavy physical game and controlling puck possession. The ability to be first on pucks, win puck battles and effectively move the puck to line mates makes him a real force in the offensive zone.

Zach’s last full season (U15 AAA), he tallied nearly a point per game with 28 in 31GP. His potential is just starting to scrape the surface, and he’s becoming a dynamic two-way threat every time on the ice. Away from the rink, Zach is laid back, easy to chat with and calm at all times. He carries himself in a professional and well-mannered fashion and truly understands what it means to be an elite student athlete. As a member of a potent SSAC forward group, he is a high-profile prospect to keep an eye on and could move the needle closer to Junior hockey much sooner than expected.