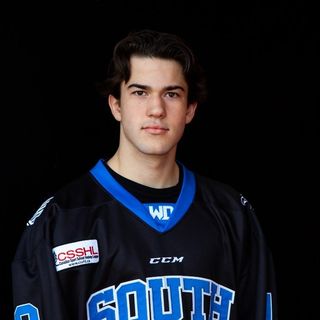 A highly-touted leader and Junior A prospect, Matthew MacPherson brings the full package. A versatile & dynamic two-way forward, he brings an exceptional blend of hockey IQ, skill, defensive awareness and compete to the ice every time out. After posting an eye-popping 21 goals and 41 points in 35 games during U16 AAA, Matthew joined the SAHA U18 roster as a leader and reliable staple for the team. His hands, elusive release and ability to find soft spots on the ice make him a growing offensive concern for other teams, but he also brings an aptitude for shutting down other top players.

One of the most professional, well-spoken and upstanding people we’ve worked alongside, Matthew understands what is required to be a standout student athlete. His academics are superb and he brings maturity well beyond his years. Calm, composed and confident – Matthew will be one of the most sought after leaders out of the U18 AAA level this season. He brings elite potential that could help any Junior A club in Western Canada and possesses the character to wear a letter in the near future.