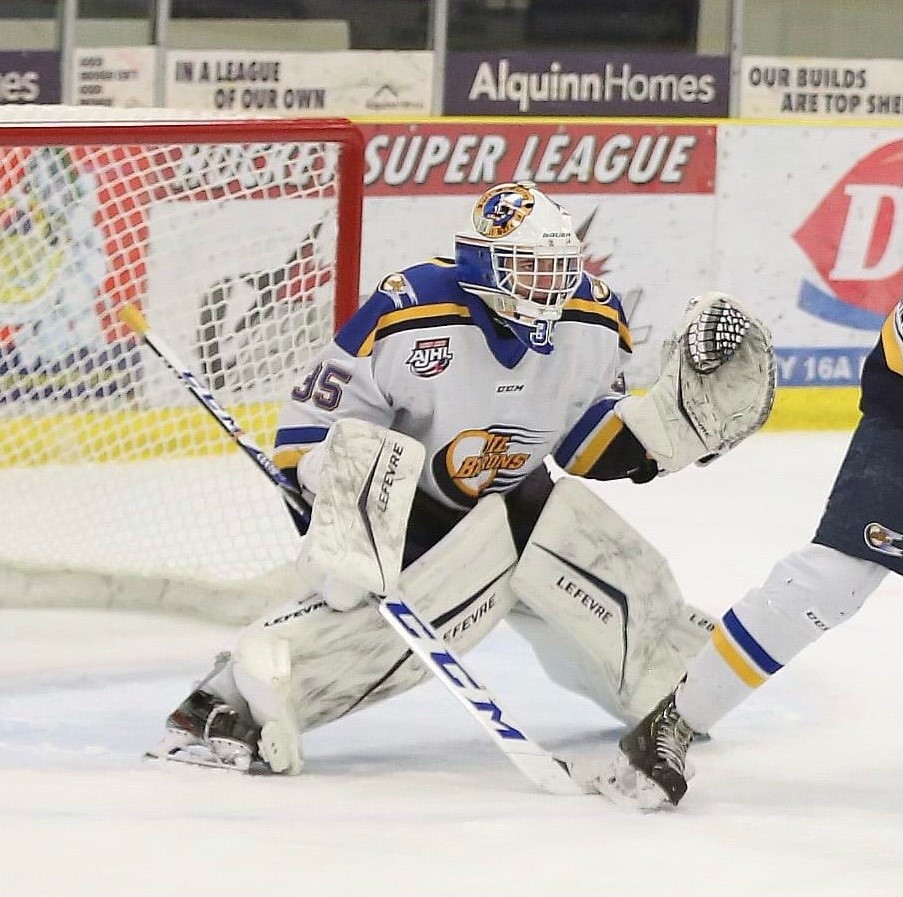 Drawing comparisons to Juuse Saros, Gabe Gratton is a dynamic, agile goaltender with elite reflexes and first-shot presence. The 2003 netminder joins the Fort McMurray Oil Barons as a game-changer between the pipes whose composure & poise make him dangerous for any opposition. Teams have nightmares about goaltenders who can steal games with their jaw-dropping ability, and Gabe Gratton falls into that category without a doubt. His technique, agility and explosiveness help him navigate the crease with ease and he’s simply never out of position. This has led to an eye-popping start to the 2021-22 season, going 5-0 (tied for league lead in wins among rookie goalies) with a 1.18 GAA, 0.950 save % and 7.14 GSAA (all number one in the AJHL).

Gabe makes up for his stature with lateral speed, but also with his ability to read plays and predict scoring chances. He’s a rare breed in the sense he can pick up on plays before they come to fruition and processes the game in a highly beneficial manner. Away from the ice, he’s easy going, composed and incredibly professional. Mature beyond his years, Gabe impresses with every conversation he has. Well-spoken and focused, he’s going to be an exceptional NCAA recruit in the very near future.