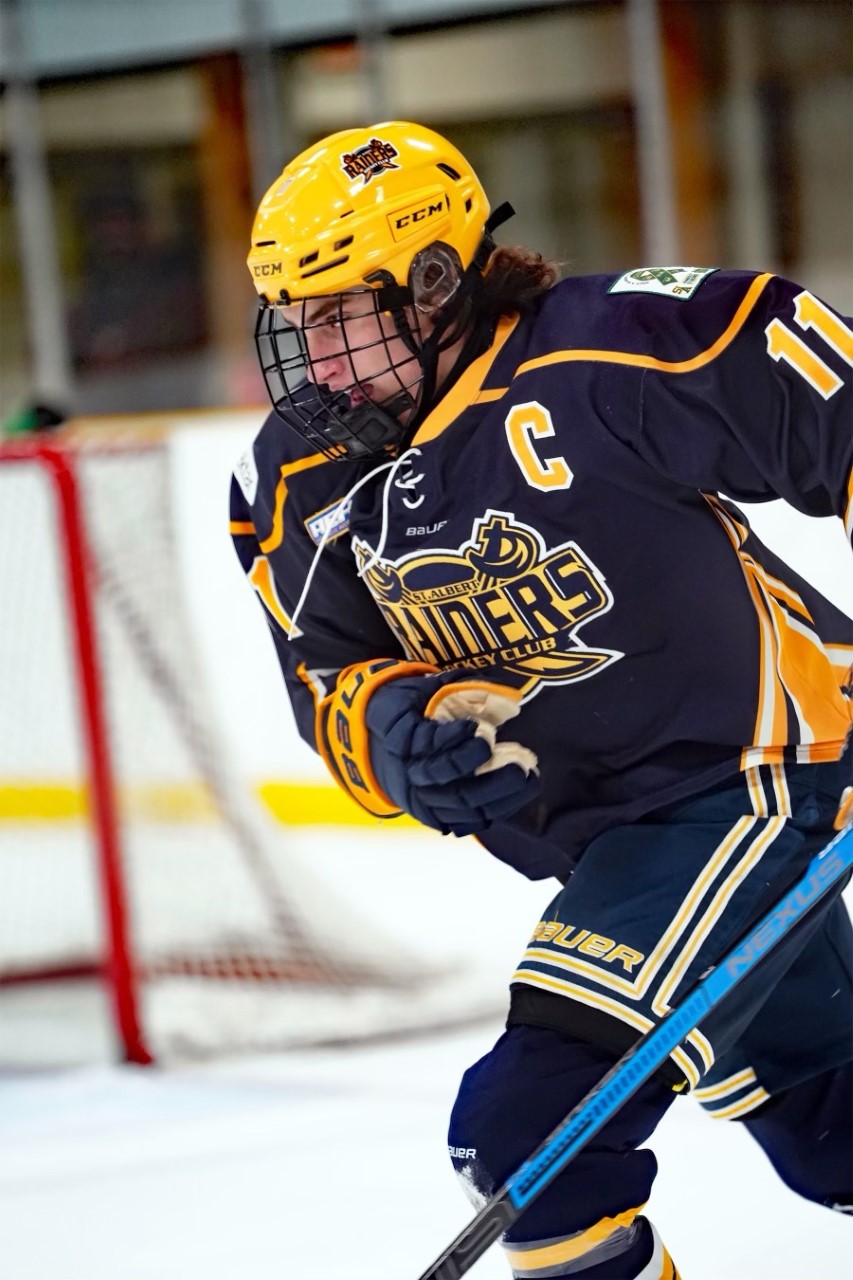 Tell us about your hometown and family.

I grew up just outside of Spruce Grove, on an acreage. We had lots of land to do stuff outside and that’s where I first began to be the active kid I am today. I have an older brother that always pushed me to better. There is always a lot of competition between the two of us, which is what I credit for my competitiveness today. My parents have also always been a huge support to me and my goals no matter what it was.

How did you originally begin playing hockey (what age as well) and what is your favorite memory from when you were younger?

I first began playing hockey at a very young age, about 5 or 6 years old. My dad used to play hockey when he was a kid so that is where the urge to play hockey began for me. I fell in love with the game from a very early age. And my love for the game has increased through the years. My favorite memory of hockey is when my Atom team won provincials.

Who is your favorite NHL player and who do you model your game after? Why?

My favorite NHL player is Sidney Crosby, because he is a role model off the ice as well as on the ice. I try to model my game after Barkov because he plays a 200 foot game, being one of the top defensive forwards in the league, while still being able to create offence for his team and himself.

What team do you play for? What was your favorite part from the season?

I play for the Midget AAA raiders. I enjoy just creating tight bonds with all my teammates while still being able to better myself as a player and person.

It would mean the world to me to play at an NCAA school. It would just prove to myself that hard work pays off. It would also make my family very proud of me.

My drive and compete level separates me from everyone else. My ability to keep finding ways to increase my hockey knowledge and my skills as a hockey player and a person off the ice.

What impact are you looking to have in your sports career? (Community, team, success, etc)

I want to be able to have a positive impact on everyone around me. I want to try my best to make the world a better place on my end. I want to succeed at anything I do and hockey is no exception.

I used to have a pet lizard, and I have never broken a bone.