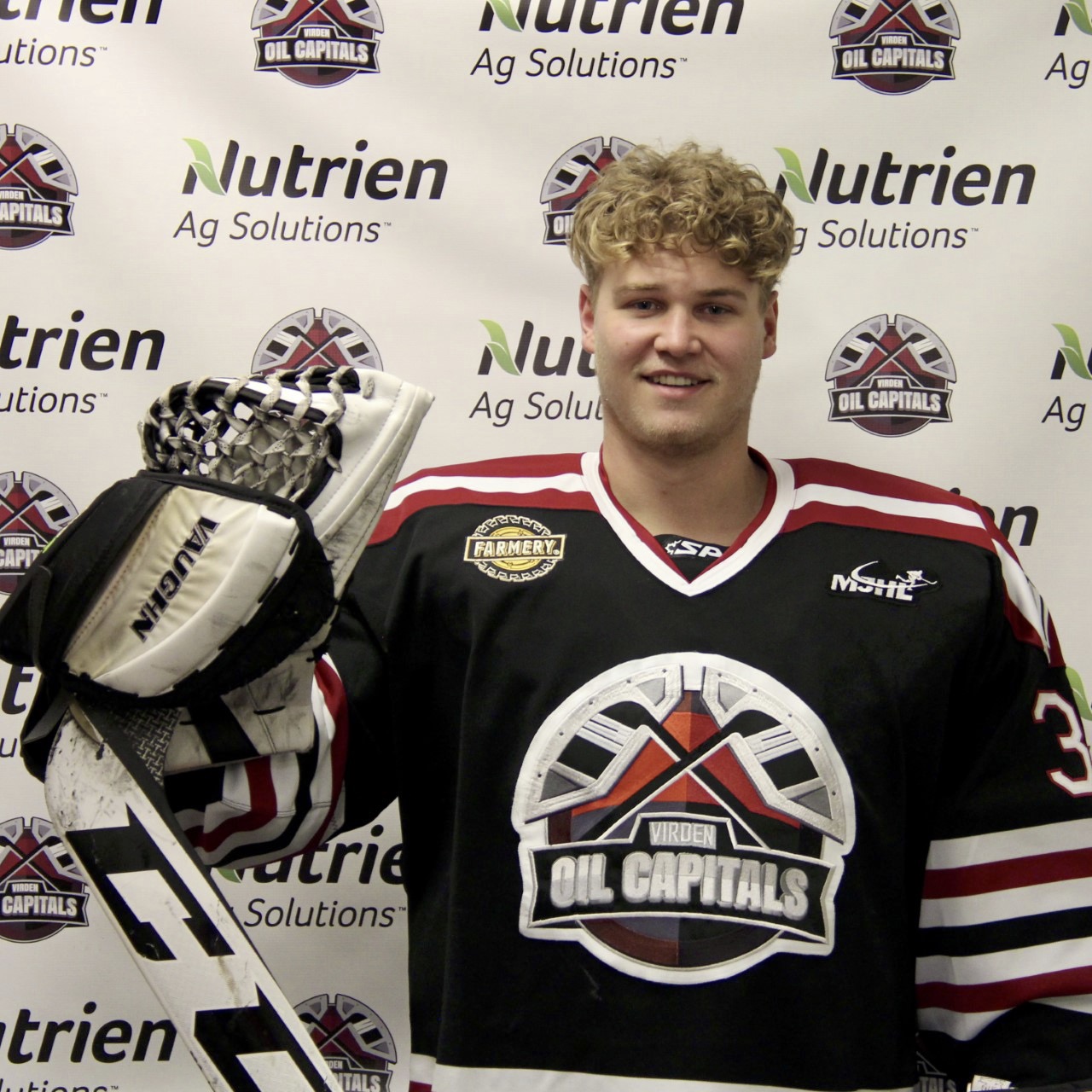 Hazenmore is a small farming community in Southern Saskatchewan. There isn’t a whole lot in Hazenmore, but I will always suggest that if you want to have the best steak of your life you have to go to the Red Coat Inn. As for my family we are closely knit, because we all grew up working together. My mom and dad, Garth and Sharie Gross, work as farmers on our family farm. My two sisters, Hanna and Emily Gross, and I have grown up doing chores around the yard starting small with washing dishes, and in previous years expanded to running machinery. Away from hockey, and helping out on our farm when I am home I keep busy hunting coyotes, gophers, and a variety of other animals depending on the time of year. This also sounds corny but I have a small issue when it comes to lego, and have a fairly healthy stash of lego’s in my room.

Originally I started skating, and playing hockey at the age of three. I was initially put in hockey, because in a small town that’s what everyone did. When I made the call to be a goalie full time, it was because that is where I found the most joy in playing hockey.

My favourite hockey player would be Patrick Marleau. This is because he is my home town hero, seeing as Aneroid is one of the neighbouring towns. As for goalies, I’m not sure who I would say my favourite is, but among the top would be Andre Vasilevski, Carey Price, and Fredrick Anderson. I’m also not sure who I would say I model my game play after, but the goalie coach I work with in the summertime has a very close relationship with Carey Price, so I guess you could say Price.

What team do/did you play for? What was your favourite part of the season?

Growing up I played house league hockey with the Kincaid Rustlers, which eventually turned into the Wood River Rustlers, as we had to combine more than one community into one team. My first year midget I moved to Caronport, Saskatchewan to play with Prairie Hockey Academy, and spent three years there, before signing with my first Junior A team. My first junior team was the Virden Oil Capitals of the MJHL, and due to Covid-19 I spent a total of 4 1⁄2 months in Virden, before being traded to the Dryden GM Ice Dogs.

My top goals as a student athlete is to continue to work hard, and try and play hockey for as long as I can at the highest level that I can.

How important is school from your perspective? Why is that?

School is extremely important, because without it no one would actually understand what a job is about, and how to properly do their job, especially in the sports medicine industry.

It would honestly mean so much to me to play in the NCAA. Watching those games when I was in high school was an amazing spectacle. Not only that, but it sets the stage to be role models for younger generations to grow up having a passion as I did when I was younger.

What impact are you looking to have in your sports careers (community, team, success, etc)

If my player career can leave any mark on anyone, I want it to be that hockey isn’t just a game you play and watch, but instead it is a place where everyone can be welcomed. I am also passionate about helping younger people to learn the sport so that we can see hockey continue to develop for many years to come, with many smiles on young kids faces, just like that smile that was on mine when I was young.

I can play the piano