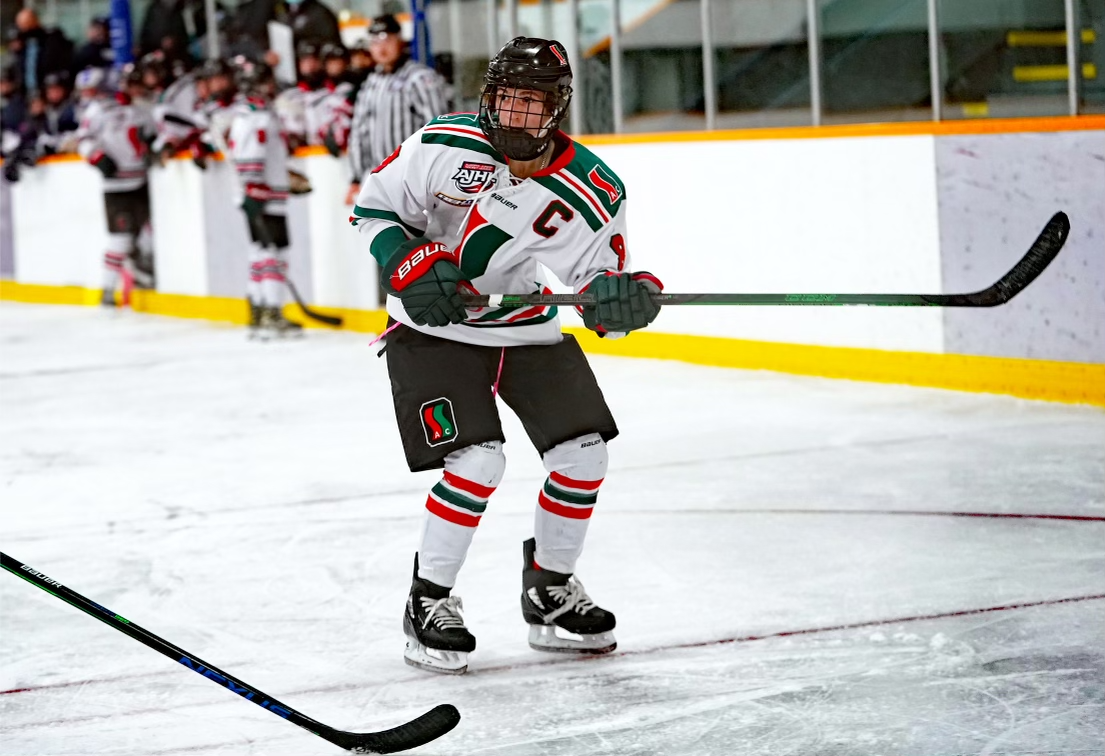 I’m from Edmonton, Alberta where still live with my parents, and two dogs. When I’m not at the rink I like to wake surf, waterski, golf, play volleyball and hang out with family and friends.

I started skating at 2 when my parents put me into canskate with my older sister, then at 4 I started playing initiation hockey which was the start of my interest in the sport. My favorite memory is from minor hockey when my Atom AA team won cities for a chance to play in provincials.

Two of my favorite NHL planers are Brad Marchand and Anze Kopitar. An NHL player I model my game after is Patrice Bergeron for a few reasons. Bergeron is a strong & intelligent player who plays a 200-foot game. Something that also helps model my game is his ability to play different special teams while being strong in the face off circle.

This past season I played for SSAC U16 AAA Bulldogs. My favorite part of the season was when we went to Whitby Ontario for the International Silverstick Tournament

My top goals as a student athlete are to get an education at an NCAA school. After that and if there was an opportunity to continue playing I would like to play at a pro level internationally where I could see other countries and still play. These are my goals because I love the sport of hockey and because education is important.

School is very important to me because the route I want to take in hockey includes having an education. Also, having good grades can help separate me from other players. My perspective is that way because I’ve heard and learned this from my parents and coaches.

It would mean a lot to me to play NCAA or pro because it’s been a goal of mine for many years now.

What separates me, as a player is that I always show up at the rink ready to work hard and help better teammates and myself. Something that separates me as a person is my character on and off the ice. I continue to get better by putting in extra work and by trying to make the environment around me positive.

By playing junior hockey in the future I hope to be a role model in the community for younger kids. Not only that, but I’d like to have a good lasting impact on all my teammates and coaches.

A fun fact about me is that I can do 360s while wake surfing.