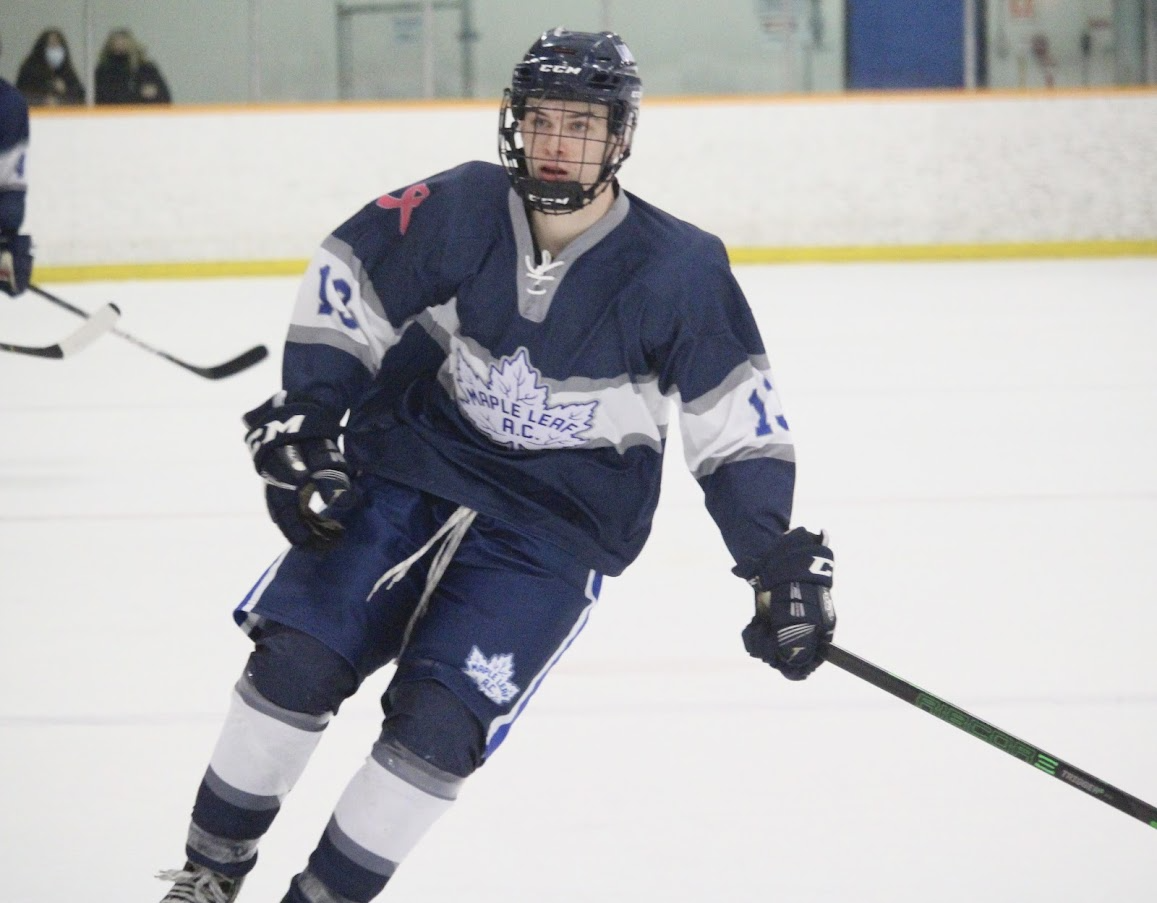 I am from Edmonton, Alberta. I have two younger brothers that both also play hockey. I really enjoy fishing and hiking with my family. I also love downhill skiing, playing shinny on outdoor rinks, and travelling.

I grew up playing hockey and started playing when I was 3. My dad always took me skating when I was very young on the outdoor rinks in Edmonton, along with my brothers – I just ended up loving it. One of my favourite early memories of hockey was a tournament on outdoor ice. Our team won the tournament and we skated around with the trophy like the Stanley Cup.

My favourite NHL player is Patrik Laine. I have always really enjoyed watching his shot and goal scoring senses. But I really like to model my game after Kyle Connor because of his ability to create space for himself and use his speed and shot to create his scoring chances.

I played for the Maple Leaf Athletic Club last season and really enjoyed my short time with the team. My favourite parts were definitely the season games we had against the other city clubs. Playing three games in a row against those teams really brought out a type of competitiveness that feels like playoff intensity.

I want to play at the highest level of hockey that I am able to.

It would be an honour and a dream come true to play at the Pro level.

I think that I am very teachable and adaptive. I am able to adjust to new systems or situations and learn new skills quickly. I am dedicated to continually improving in a few ways: offseason strength and conditioning, as well as speed training, and on ice skills development. During the season my focus is on the team play and skill development.

What impact are you looking to have in your sports careers (community, team, success, etc)

I would like to learn how to be a leader which will help me on and off the ice. I also am looking to be a role model for my younger brothers.

I played one year of baseball and won a championship.