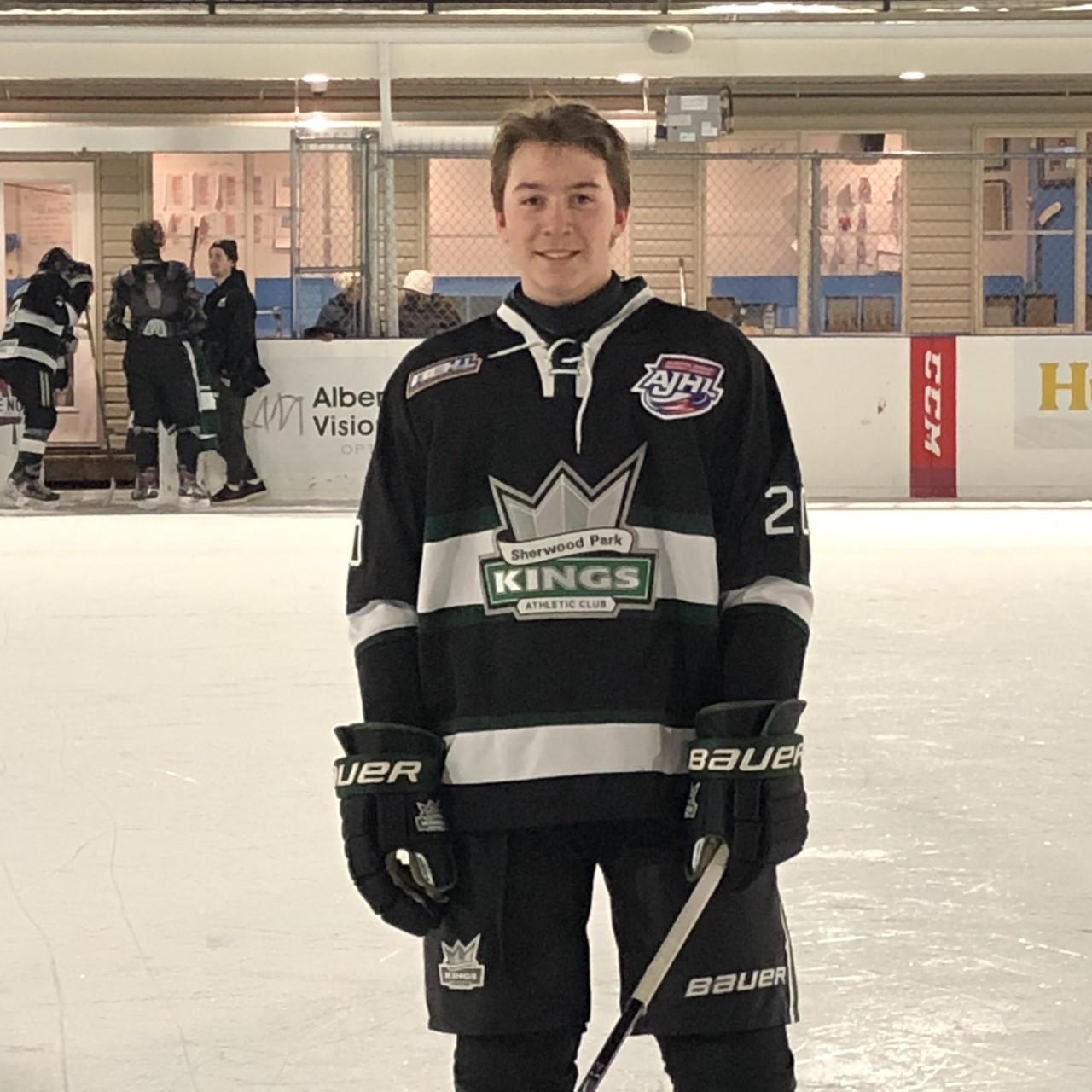 How did you originally begin playing hockey (what age as well) and what is your favorite memory from when you were younger?

Hockey has been a huge thing in my life. I have always had it around me and that’s why everyday I enjoy it more and more. I started to skate at a very early age. I got my first pair of skates at the age of one that were originally my dad’s first pair of skates when he was one as well. They were called baby Bauers and I hated them. Then three years go by the time I was four, my family and I went and watched a family friend play hockey and I wanted to be able to skate just like him. From that point on I started to love the game of hockey more and more.

What do you love most about the game?

Hockey is a very difficult game to become good at. There are so many things that you have to take in your mind and do them at a high pace as well, but there’s also the side of it as playing with your team and them becoming your second family. I have made so many friends from just playing a hockey season with them and that is what I love about this sport. It’s competitive and difficult but you make lifelong friendships along the way as well.

Tell us about your hockey journey.

I have had to work hard for where I am today as a player and as a person. Last year I made the U16 AAA Squires in Sherwood park and that was just the start of the things that I want to accomplish. Going into this summer I wanted to get at least two main camp invites from a couple AJHL teams. Now that I have accomplished that, I have now set more goals for myself and I will have to work harder than I have ever worked before to accomplish them.

To start off all my goals that I want to accomplish – I want to play in the AJHL. From there, I’d like to get a scholarship to go to school and become a student athlete at the collegiate level. From that point on I would love to go play pro hockey, have my degree and live my life the way I want it to.

I want to go the NCAA route because I want to go to school to become a physiotherapist and at the same time play the sport that I love. Maybe I can go further than just playing in the NCAA and go pro while still having my degree.

I am a very dedicated and respectful person on and off the ice. These past couple years, with Covid, there were two different mindsets for hockey players – one was “I will take this time to rest and relax” and the other was “I am going to workout and work on my skills to become better.” The ones that chose to workout harder and work on their skills are the ones that are going to go further than the others, and I am going to be the one that is going to out work my opponents because that is the mindset that is going to separate me from the others.

What are you focused on right now?

I have to focus on things that I need to worry about first and that is having a good showing at U18 AAA this year. I am excited to get started with another season and ready to become a better player on the ice and a better person off the ice as well.