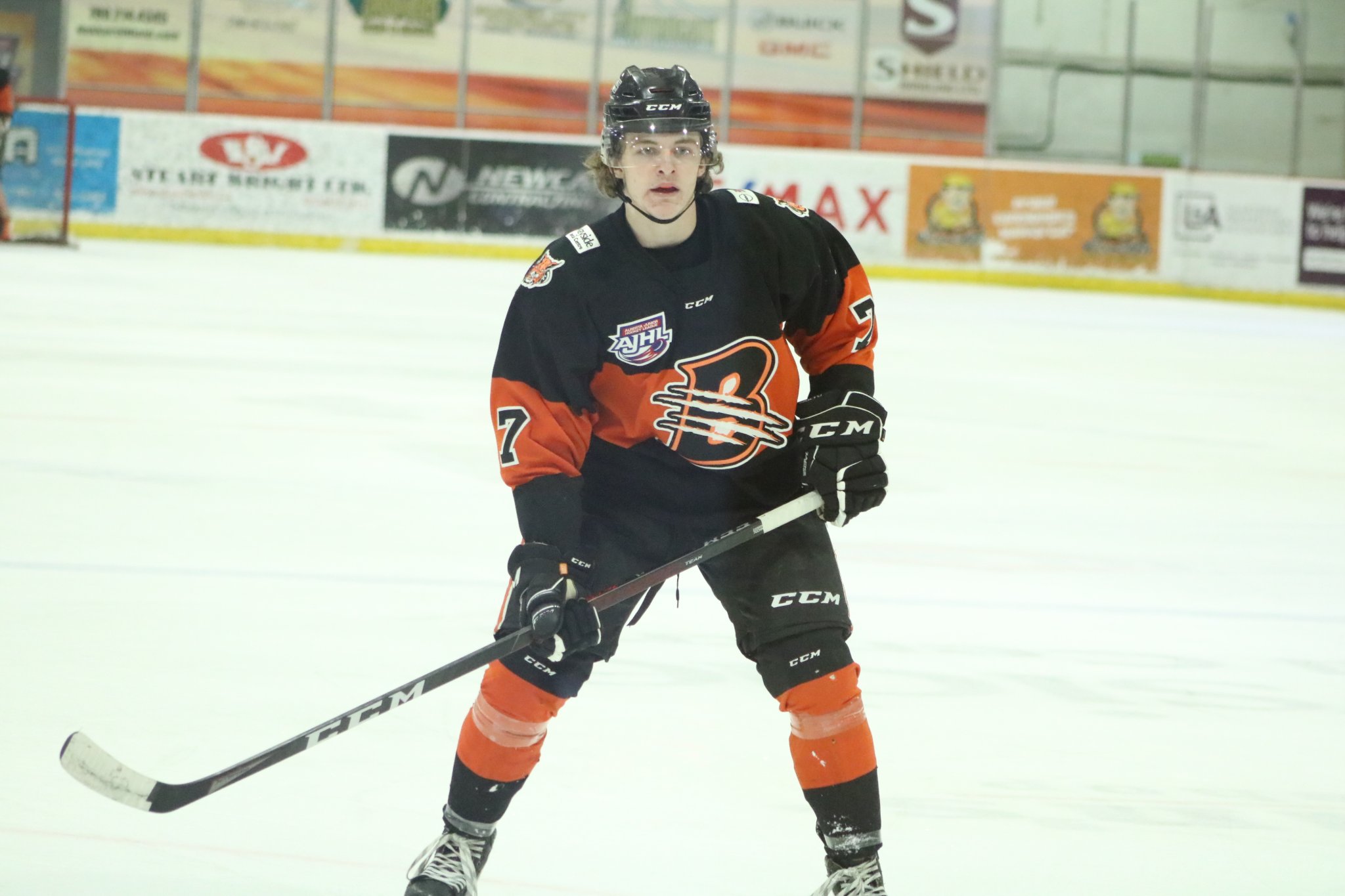 I am from a very small hamlet called Neerlandia and grew up going to school there until grade 10. I have 3 siblings, an older sister, and two younger brothers. In our family everyone likes sports and aside from hockey, baseball is probably my biggest hobby that I enjoy playing.

I began playing hockey because of my parents, they are the ones that really got me into the sport. They put me in can-skate by the age of 3 or 4, and I fell in love with hockey right away. My favorite memory from when I was younger would have to be when I was in Atom hockey, in the playoffs, against Wetaskiwin, and I scored 7 goals and 2 assists in a 12-11 win.

My favorite NHL player is Alex Ovechkin. I’ve been a Washington fan for what feels like forever, and I think he’s the greatest goal scorer of all time. The person I model my game after is Patrice Bergeron. I am a 200-foot player who plays both sides of the puck and no one better to model your game after than arguably the best 2-way player ever winning 5 selkes awards and being nominated for the last 11 straight seasons as a finalist for the award

I play for the Lloydminster Junior A Bobcats and my favorite part from the season was in playoffs when we were down 5-1 halfway through the second in our own rink and we came back to win 8-5 against Drayton Valley.

My top goals are to get a scholarship for NCAA division 1 hockey and while getting a degree, get better as a player to play pro hockey once school is done.

I believe school is very important. I think if something were to happen and hockey does not work out, but you have gone to school, then you have something to fall back on that will open up more doors in your post-hockey career.

It would mean everything because then I would get the satisfaction that all the hours of training have paid off and just give me even more motivation to continue getting better.

I want to leave behind a legacy of a player who was dedicated and a leader. Hopefully, I have an impact on the younger players and make them want to be a player like me.