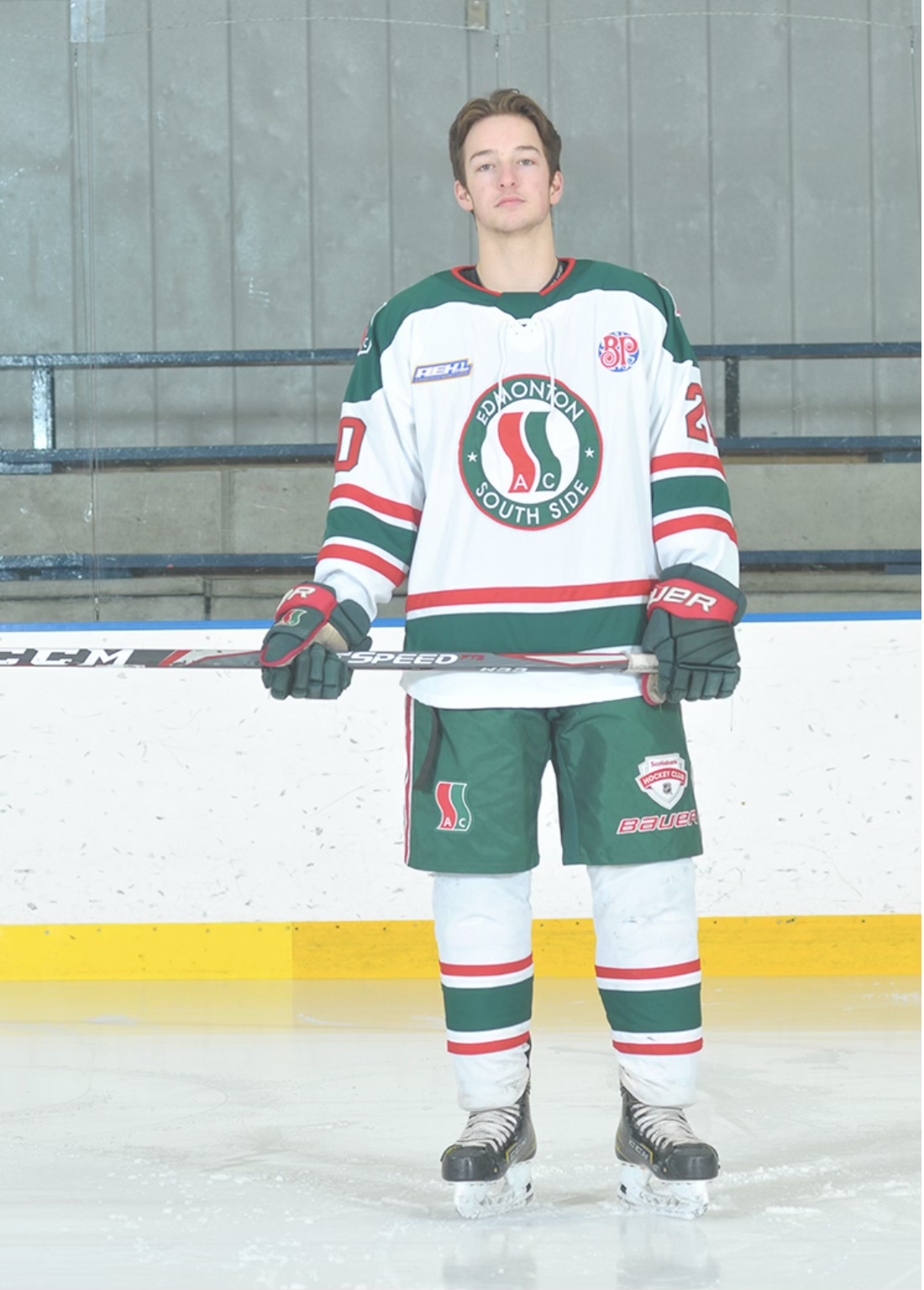 I was born and raised in Edmonton, Alberta. Edmonton is a city built around hockey, being home to hockey legends such as Gretzky and McDavid. I have a twin brother in my family of 4, my dad has played hockey his entire life and raised my brother and I around hockey. Some of my hobbies are snowboarding, mountain biking and working out. I have played baseball, basketball and soccer competitively. Golf, badminton and football are hobbies I partake in at a non-competitive level.

I started skating at 2 years old and began playing hockey at 6 years old. I started playing hockey at the initiation level with my brother because my dad came from a childhood of hockey and signed us up as soon as possible. My favourite memory from when I was younger was during my first year of peewee, I was very nervous going from atom to peewee and didn’t know what to expect. My first game I scored 4 goals and immediately felt a weight lift of my chest.

My favourite NHL player is Connor McDavid as he is a hometown hero here in Edmonton and has brought some hope to us Edmonton fans. I model game after Leon Draisitl as his playmaking, puck protection and hockey IQ makes him one of the league’s best players.

I currently play for the SSAC U18 AAA athletics, we are only halfway through the season but my favourite part so far was when we scored an OT game winning goal with 15 seconds left which put our teams overall win percentage over 0.500.

As a player I put myself in positions most athletes don’t, I am always in the corners digging for pucks and winning battles. I have always been a leader on my team both on and off the ice, I always put the team before my personal benefit. As a person I truly value education and my character above all, I believe my education and character will put me in positions to achieve the rest of my goals.

Whatever team I play on I always am looking to create a positive and winning environment throughout the organization. I am always willing to fill whatever role needed to improve the teams success. If possible, I would love to give back to the city of Edmonton in any way I can, this city has given me so many opportunities if possible I wish to continue those opportunities for other kids and athletes.

I am younger than my twin brother by 2 minutes.